Russian edition of Women’s Health comes out in November 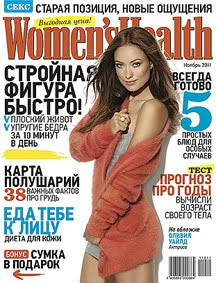 Russian publisher Sanoma Independent Media is to launch a Russian edition of Women’s Health in November this year. The magazine will cover healthy lifestyle, fitness, beauty, sex and relationships. It targets women in the age group 25 to 35, interested in health, nutrition, fashion and beauty, sports and active lifestyle.

The magazine will be published monthly with approx. initial circulation of 110,000 copies.

Margarita Tyrina has been appointed.....

Professionalnaya Poligrafiya is a new Russian magazine for printing industry 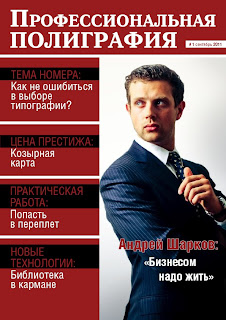 It is a professional analytical magazine covering printing and advertising industry, production and publishing of magazines and books, printing equipment. 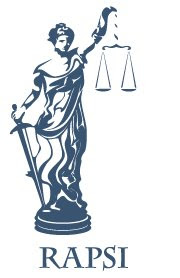 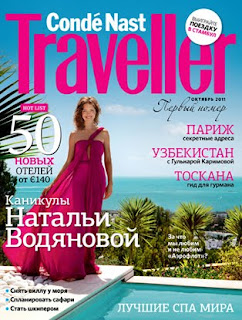 Russian edition of Condé Nast Traveller launches in Russia with its October issue.

Condé Nast Traveller will be published monthly with 60,000 copies' circulation and distributed throughout all Russia, Ukraine and CIS. It covers travel and tourism, destinations and provides ideas for good holidays.

Alla Beliakova has been appointed Editor-in-Chief of the magazine and ..... 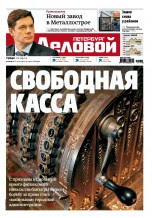 He took up this position on September 19, after its former Chief Editor Oleg Tretyakov left to join the media holding Ragrad, engaged in the creation of Internet TV Piter-TV.


The Online Editor of the portal DP.RU Alexey Dementiev is also...... 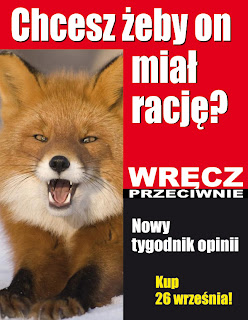 Polish publisher of a new political weekly Wprost Przeciwnie has decided to change its title to Wrecz Przeciwnie. The first issue of the magazine is supposed to go on sales on coming Monday.

The swift title change of the weekly is linked with the legal actions of the original magazine Wprost, and the Warsaw Regional Court has ordered the publisher to remove all similarities in its logo and website containing the word Wprost.

The first issue of Wrecz Przeciwnie comes out on September 26 with 120,000 copies.
Posted by mediarussia at 15:35 No comments:

Sergey Nikolaevich has been appointed a new Editor-in-Chief at Russian magazine Snob. He has moved on from the position of a Deputy Editor of the publication.

Snob is the international culture, society, lifestyle and political magazine in Russia.

Nikolaevich has worked at various magazines, including Ogonyok, Kommersant, Domovoy, Elle, Madame Figaro and Citizen K. He can be reached at snikolaevich@snob.ru.

Masha Gessen, their current Deputy Editor, will leave the magazine after its October issue.

Russian DTV television channel is undergoing its re-branding. From October 1 the channel will begin broadcasting under its new name Perets (Pepper). They are about to change their programs, with a sharp and funny twist to reality television.


Their key focus will be on live shows, TV series, interviews with TV stars, sketch shows, satire, life in the capital and regions.

Their new PR director is Nadezhda Kuprina who can be contacted at nkuprina@ctcmedia.ru.


Philipp Bakhtin has stepped down as Chief editor of Russian Esquire Philipp has served as Chief editor of the Esquire magazine since 2005, when the first issue of the Russian edition appeared. A new editor of the men's lifestyle magazine has not been appointed yet.

Their deputy Editor Dmitry Golubovsky can be contacted on d.golubovsky@imedia.ru.

Journalist Maxim Sokolov has returned to Izvestia newspaper which he left in 2010.
Maxim Sokolov is a Russian journalist, a columnist for the newspaper Izvestia and magazine Expert.
He has worked on television programs Namedni (NTV) and Press Express.
He writes his blog at http://m-yu-sokolov.livejournal.com.

He can be reached at m.sokolov@izvestia.ru.

The Russian magazine The New Times has had some editorial changes with Ilya Barabanov, a former deputy chief editor, becoming a new Chief Editor and the Online Editor of the publication.

His place has been taken by Boris Younanov, who continues to head the department of World picture at The New Times.

Ilya Barabanov is a graduate of the Faculty of Journalism of the Moscow State University. He has worked at Novaya Gazeta and Moscow News, and the online edition of Gazeta.ru.

He can be reached at i.barabanov@newtimes.ru.


The New Times is a weekly political magazine with 50,000 circulation.
Posted by mediarussia at 07:28 No comments:

Today we focus on a Turkmenistan scientific and technical magazine Oil, gas and mineral resources of Turkmenistan and the first issue of a new energy industry newspaper Nebit-Gaz.

Oil, gas and mineral resources of Turkmenistan is a quarterly journal covering issues of regional and international cooperation of Turkmenistan in the fuel and the energy sector, achievements of the fuel and energy complex of the country. The magazine is published in Russian, English and Turkmen languages. It was launched in 2008.

The newest issue of the magazine provides information on ongoing investment projects and new developments of strategic sectors of Turkmenistan economy, research materials on international cooperation with foreign companies, highlights trends of development for oil and gas complex of Turkmenistan.


The editorial team of Oil, gas and mineral resources of Turkmenistan can be reached at magazine@oilgas.gov.tm.

Nebit-Gaz is a new publication in Turkmenistan dedicated to issues of oil and gas industry. 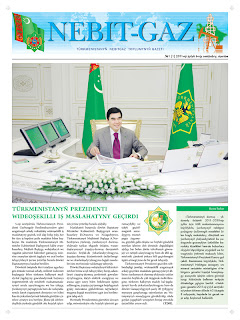 Its first issue appeared on September 6, 2011 and is available at http://www.oilgas.gov.tm/nebitgaz.pdf.

It is published in Turkmen language. It comes out in A3 format on 8 pages with 1,000 copies' circulation.

The newspaper covers trends of developments of domestic energy industry.

The new publication will write about the oil and gas complex of Turkmenistan and world's oil and gas news.
Posted by mediarussia at 09:17 No comments: 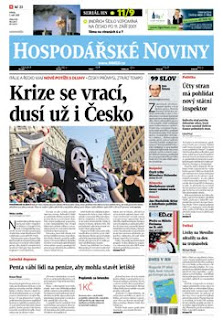 Czech daily newspaper Hospodarske noviny, covering business and economics, is having a new weekly supplement HN Praha. It will come out every Tuesday on 32 pages.

The Editor-in-Chief of the publication is..... Read more at http://www.slavicmediaonline.com/article_slavic-media-changes-newsletter-53_35_2782 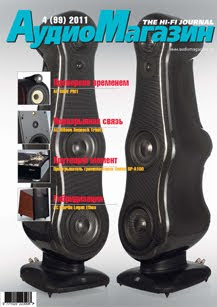 It is a monthly publication launched in 1993. Read more at http://www.slavicmediaonline.com/article_slavic-media-changes-newsletter-53_35_2782 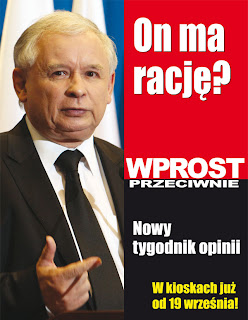 Polish magazine Wprost Przeciwnie will cover politics, society, business, science and history and will be available at http://wprostp.pl.

The first issue is expected..... Read more at http://www.slavicmediaonline.com/article_slavic-media-changes-newsletter-53_35_2782


A new business magazine for women launched in Ukraine 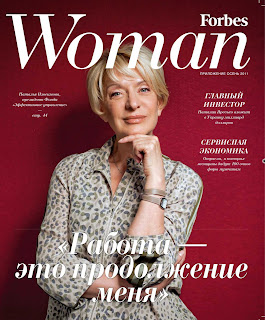 The first issue of ForbesWoman, a business magazine for women, has appeared in Ukraine. The Editor-in-chief of the publication is Victoria Fedorina.
The magazine comes out .... Read more at http://www.slavicmediaonline.com/article_slavic-media-changes-newsletter-53_35_2782
Posted by mediarussia at 14:18 No comments: 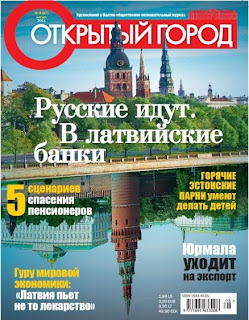 It is monthly magazine with 10,000 copies’ circulation and appears on 64 pages.
The magazine is published in Russian language by Hercogiste Media and is distributed throughout Latvia and in some shops in Estonia and Lithuania.
It was launched in 2010.

It was published on September 2 at http://www.slavicmediaonline.com/article_media-focus-latvia_33_2782


Posted by mediarussia at 01:18 No comments:

Today our media focus is on Armenian travel magazine Tourist, which was launched in 2011. 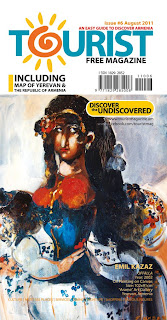 Tourist magazine is published by Arvin Kocharian Productions and appears monthly with 2,200 copies’ circulation.
It is published in English language and helps to discover the beauty of Armenia. . ... Read more at http://www.slavicmediaonline.com/article_media-focus-armenia_32_2782
Posted by mediarussia at 13:50 No comments: