All media changes are reflected in our media directory RussianMediaOnline.com.
Please contact us to subscribe to our services at info@mediarussia.co.uk or contact our publisher David Reade on david@netmedia.bz.
On your request we can also produce distribution lists. 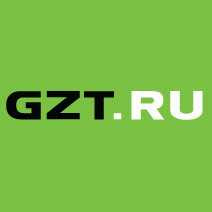 Russian political and social Internet portal GZT.ru will be closed on May 31. It has had over 180,000 unique visitors daily. The decision to stop online publication comes after a year, when the print version Gazeta was ceased. 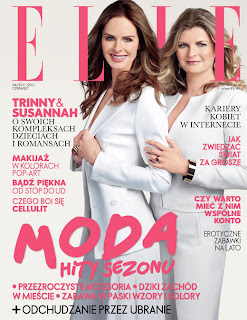 Alicja Kowalska is the new fashion editor at magazine Elle, published by Polish publisher Grupa Burda. She has replaced Marta Kalinowska, who has left the publishing house.

Alicja was recently the head of the fashion at Polish magazine Pani.
In the past, she was the fashion editor of the magazine Viva! Moda and Viva!.

Alicja Kowalska and the editorial team can be reached at elle@elle.com.pl.

Polish publisher Infor Expert has decided to discontinue publishing the print edition of a weekly Informator Prawno-Podatkowy (Legal and Taxation Guide) as of June 1, due to its poor sales.

Its Online Editor Lukasz Bielak and the editorial team still can be contacted on redakcja@ipp24.pl. 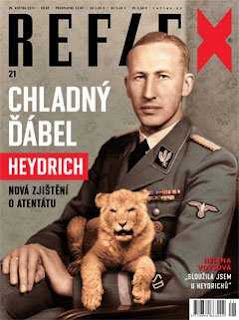 Czech magazine Reflex is having a new Chief Editor Ivan Hamsik. Prior to this, he was a director of digital media at Ringier Axel Springer and a deputy editor of Blesk magazine.

Ivan Hamsik can be reached at ivan.hamsik@reflex.cz.
The magazine's previous Editor Pavel Safr has retired from both Reflex and Blesk magazines.

Reflex is a lifestyle magazine covering politics, culture and entertainment. It was founded in 1990. 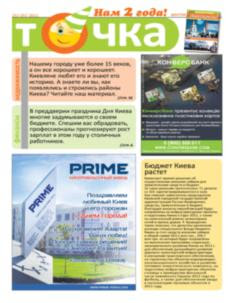 The Kiev freely distributed newspaper Tochka will come out three times a week instead of being published twice a week as of September 2011.

Tochka was launched in 2009 and is published by the publishing house The Marker with 150,000 copies' circulation on 16 pages of A4 format.

Its publisher Irina Andruschenko can be contacted on iandruschenko@themarker.biz.
Posted by mediarussia at 12:12 No comments: Links to this post

A new socio-political magazine has appeared in Serbia 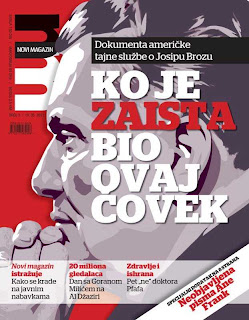 Novi magazin comes out in Serbia since the beginning of May on the weekly basis with 100 pages. It covers political and social issues. Their website is not updated yet: http://www.novimagazin.rs, but you can find them on Facebook: http://www.facebook.com/pages/Novi-magazin/202786499760292?sk=wall.

The editorial team and the Editor-in-Chief Nadezda Gace can be reached at nm.novimagazin@gmail.com. 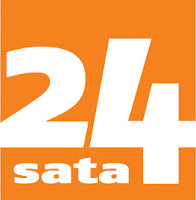 One of the biggest Serbian informative websites 24sata (24 hours) has seen some changes in its design and addition of regular features.

24Sata.rs is the website serving for a free daily newspaper 24 Sata.

Now you can find there guide information on clubs and restaurants, concerts, films and cultural events. It also informs about communal water and electricity supplies' works, public transport timetables, TV, and live cameras to monitor traffic.

The editorial team can be contacted on redakcija_24sata@ringier.rs. Its Project Manager Suzana Jankovic can be reached at suzana.jankovic@ringier.rs.


A new Online Editor at MN.ru 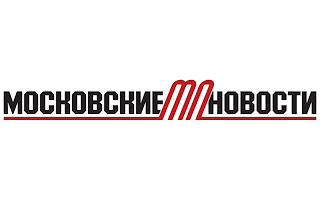 Alexander Bogomolov has been involved in restarting the Moskovskie Novosti, where he covered Moscow urban news. Prior to joining the MN.ru, he worked at the department of Megapolis at GZT.ru.

He can be reached at a.bogomolov@mn.ru. 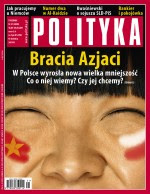 Artur Domoslawski, a journalist of Gazeta Wyborcza, published by Agora SA, who has been with it for the last 20 years, leaves the publication as of June 1. He will start as a reporter for the weekly magazine Polityka, published by Polityka Spoldzielnia Pracy.

His email address will be apparently a.domoslawski@polityka.pl.
Polityka is a Polish liberal socio-political weekly magazine published in Warsaw since 1957.
Posted by mediarussia at 04:16 No comments: Links to this post 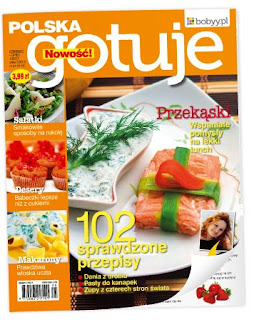 The recipes are published with the consent of users of this Internet service. Each recipe has been tried by their editorial cook. The magazine contains 68 pages and comes out with 60,000 copies' circulation.
FPC costs 10900.00 PLN.
The editors Marta Kopczynska and Aleksandra Kisiel can be reached at polskagotuje@burdamedia.pl. 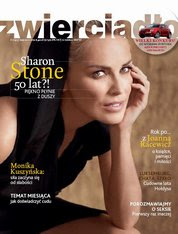 Katarzyna Montgomery has been appointed a new editor of the Polish magazine for women.

The position of the editor-in-chief of Zwierciadlo has been vacant since March, and it deputy editor Anna Bimer has been the acting editor for last two months.

Katarzyna Montgomery was a journalist at Gazeta Wyborcza in the years 1993-2001. Then she worked on editorial positions at the fortnightly celebs magazine Viva!. Since 2007 she has been the host of the program Mala Czarna on TV4. Katarzyna has also founded a women's portal Republikakobiet.pl.
She can be contacted on k.montgomery@zwierciadlo.pl.


Russian business and financial website Vedomosti.ru with a new editor

The former editor of Vedomosti.ru Elizaveta Osetinskaya, who has gone to run Russian Forbes, has been replaced by Pavel Sukhov.
Editor in chief of the online version of the newspaper Vedomosti has become a well-known business journalist, who previously was the editor of Glavred RB.ru and GZT.ru.

Pavel Sukhov can be reached at p.sukhov@vedomosti.ru.

The website of the Russian business newspaper Vedomosti was launched in 1999 and is published by Russian publishing house Sanoma Independent Media.
Posted by mediarussia at 13:52 No comments: Links to this post

All media changes are reflected in our media directory RussianMediaOnline.com.
Please contact us to subscribe to our services at info@mediarussia.co.uk or contact our publisher David Reade on david@netmedia.bz.
On your wish, we can pull out any full contacts’ distribution lists on your requested topics.


A new fashion magazine in Poland 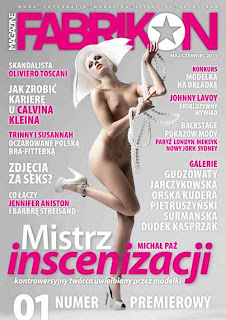 Fabrikon magazine is a publication aimed at photographic and creative agencies, modeling agencies and art directors.


The first issue was published in the electronic form only, and the print edition will be published quarterly shortly.
It is expected to appear with 10,000 copies per issue.


The publisher of Fabrikon Magazine is Lukasz Kaugan, who can be reached at lukasz.kaugan@fabrikon.pl and its Chief editor is Barbara Swięczkowska, who can be contacted on barbara.swieczkowska@fabrikon.pl.

Both of them have been connected with the magazine Claudia and its publisher G + J Poland previously.
Dorota Michal is a Fashion Editor and she can be reached at dorota.michael@fabrikon.pl, while their Lifestyle Editor Ewelyna Grycan at ewewelina.grycan@fabrikon.pl.
Please contact editorial team at redakcja@fabrikon.pl. 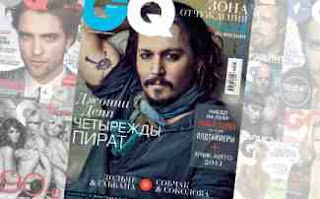 Russian publisher Condé Nast has announced about the appointment of Irina Elizarova for the position of a publisher of GQ and Condé Nast Traveller magazines. In her position Irina will replace Dmitry Kreslavsky, who is about to leave Condé Nast.


Irina Elizarova graduated from Moscow Pedagogical University in 1995 and began her career at Condé Nast on the position of Assistant director general. In 2003 Irina became the Advertising manager of GQ, and in 2007 the Director of its advertising department.

She will commence with her duties as the publisher of GQ and Condé Nast Traveller on June 1, 2011.
Irina Elizarova can be reached at IElizarova@condenast.ru.
Posted by mediarussia at 12:46 No comments: Links to this post 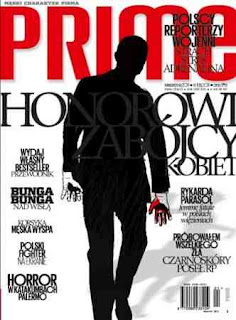 Polish lifestyle and cultural magazine Prime comes out anew after being suspended last autumn. The new publisher is Grupa Mediator Media from Warsaw with the Editor-in-Chief Grzegorz Wilczek.
The monthly magazine covers lifestyle, arts, culture, motoring, health, men’s fashion and interests.
Its current circulation is around 65,000 copies.
The Deputy Editor Zbigniew Domaszewicz can be reached at zbigniew.domaszewicz@gmail.com.

A new magazine for seniors launched in Poland 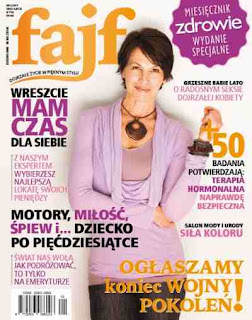 Polish publisher Murator has launched a supplement Faif for the magazine Zdrowie aimed at people over 50 years of age.
Faif will appear irregularly with several issues a year.
It covers human relations, health issues, cooking, beauty and health, technologies. The magazine contains of 100 pages with current circulation of 80,000 copies.

Its editorial team can be reached at fajf@murator.com.pl and Editor-in-Chief Iza Radecka can be contacted on iradecka@murator.com.pl. 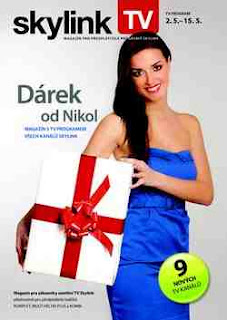 It comes out on 116 pages with 400,000 monthly circulation and covers lifestyle, entertainment, digital technologies, motoring, fashion and cooking. It contains 84 pages with TV guide for Czech and Slovak TV stations. The digital edition of the magazine is available at http://tv.skylink.cz. 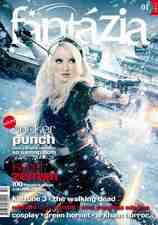 Slovak two-monthly magazine Fantazia about fantasy and science fiction films and serials, pop culture and computer games has stopped its publishing after having experienced some financial problems. It was published since 1997 on 108 pages.

The website is still active at http://www.fantazia.sk and its Executive Editor Alexandra Pavelkova can be reached at alexandra.pavelkova@gmail.com.

The new director of business to business magazines at Ecopress is Martin Kona.


Martin started his journalistic career at the agency SITA and the daily SME, and he has been with Ecopress since early 2006. He can be reached at martin.kona@ecopress.sk.
Posted by mediarussia at 04:56 No comments: Links to this post 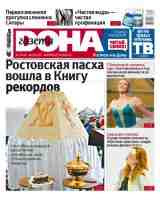 It is a 32 pages daily newspaper published with 21,500 circulation since 1998.
Its Editor-in-Chief Artur Rudakov and the editorial team can be reached at red@gazeta-dona.ru or rndred@province.ru. 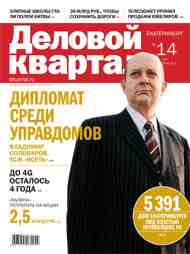 The new Editor-in-Chief of Delovoy kvartal – Yekaterinburg is Tatiana Aprelskaya, who has taken over the magazine, after its former editor Bogdan Kulchitsky left the publication after 2,5 years stint.
She can be reached at aprelskaya@apress.ru.

Deputy Editor-in-Chief at Izvestia Ilya Kiselev has left his position.


A week ago the newspaper has seen its Editor-in-Chief Vitaliy Abramov leaving the publication. The new Editor-in-Chief is Alexander Malyutin, who prior to this worked on editorial positions at Russian business daily Kommersant, Smart Money, Forbes and Marker.ru.
He and the editorial team can be contacted on izv@izvestia.ru.

Izvestia is a national political newspaper published since 1917. 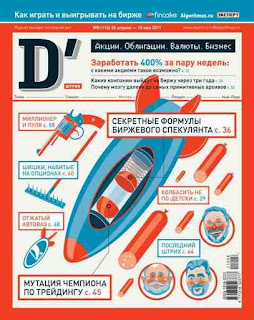 Last issue of D' Russian publication dedicated to investments in financial markets was published at the end of April. The journal has been published since 2005.

Editor-in-Chief of D' Konstantin Ilyuschenko said on his blog at http://oligarhist.livejournal.com that D' merges with Expert magazine.


Topics covered at the D' will appear now in the business weekly Expert. Three members of the editorial team will move into a new department of the magazine Expert and the rest will be engaged at Fincake.ru website and join the team of Expert TV.

Ukrainian daily Gazeta po Kievski will come out 5 days a week with a new Editor Alexey Gazubei. He and the editorial team can be reached at sis@pk.kiev.ua.

Arleta Kubicka-Pizon, deputy editor of the Dziennik Wschodni and the weekly My City MM Lublin published by of Regional Media, will leave her position on May 31.
Her position and the duties assigned to it will be shared between publishers.
The Editor-in-Chief Krzysztof Wiejak can be contacted on wiejak@dziennikwschodni.pl.

Dziennik Wschodni is a Polish daily newspaper distributed in Lubelsky region in the east of Poland.
Posted by mediarussia at 13:13 No comments: Links to this post