It is published by Business-Case and provides their online newswire at http://www.primorye24.ru.

The Editor-in-Chief Evgeniy Khvan and the editorial team can be reached at info@primorye24.ru.

One of the Russian biggest business dailies Kommersant in Ural region has got a new Editor-in-Chief Nikolai Yablonsky.


Their former editor Ella Bidileeva has moved to one of the Ural banks, after over 6 years stint on the editor's position at the publication.


Nikolai Yablonsky can be reached at editors@kommersant-ural.ru. He has been with the newspaper since 2003 and started his new duties on April 4.


Russian Forbes with a new Editor-in-Chief 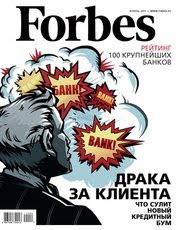 As Axel Springer Russia has announced today, a new Editor-in-Chief of Forbes Russia will be Elizaveta Osetinskaya, who commences her duties in May 2011.

Elizaveta Osetinskaya has been the Chief Editor of Russian Vedomosti.ru. She has been with the online edition of the business daily Vedomosti for over 8 years.

At the same time Johann Sattler, the current CEO of WAZ Media Group Russia, moving to his new position of a publisher of Russian Forbes, as of May 1.

A new lifestyle magazine for lawyers started in Poland 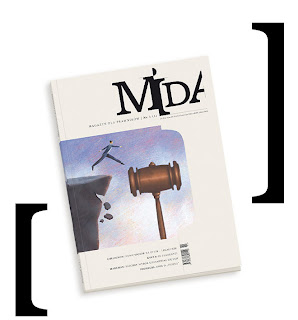 Mida. Magazyn dla prawnikow has appeared in Poland. It is a lifestyle magazine covering legal industry and law. Provides interviews, articles on lifestyle, interiors and beauty.

It comes out with 30,000 copies' circulation. It will be delivered free of charge to Polish legal advisers, lawyers, barristers, bailiffs, judges and prosecutors in all largest Polish cities.

The editorial team can be contacted on redakcja@e-mida.pl. 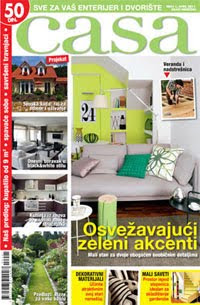 A new home and interiors magazine Casa appeared in Serbia on April 4.

It covers interior design and decoration of apartments, houses and backyards, with tips and ideas for the interiors, information on products, expert's advice on home planning.
It is a monthly magazine with 116 pages and FPC advertising costs 350.00 EUR.


Deputy Editor of Slovak weekly Plus 7 Dni leaves the publication 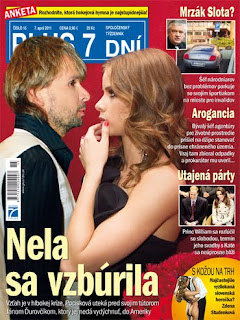 Roland Kyska, Deputy Editor of the weekly Plus 7 leaves the magazine.

Roland Kyska was born in 1978 in Kosice and graduated from the Philosophical Faculty of Presov University. He worked at the Slovak Television as an investigative reporter and in 2005-2006 he was the editor of business news, current affairs and sport at STV. In 2006 he joined Plus 7.

The editorial team of Plus 7 can be reached at plus7dni@7plus.sk.
Posted by mediarussia at 13:43