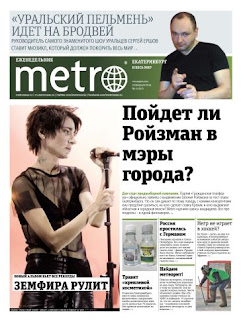 A weekly newspaper Metro.Voronezh launched in Russian city Voronezh with 70,000 circulation. It is a free newspaper coming out each Tuesday on 16 pages. On February 25 Metro.Yekaterinburg appeared for the first time in this Ural city with 100,000 copies published.


Vogue magazine is in Ukraine now 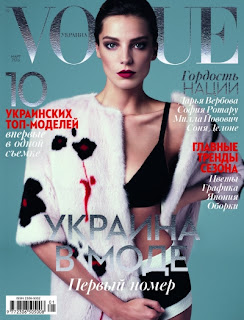 Vogue magazine has started in Ukraine this month with the March issue. This lifestyle, fashion and beauty magazine will come out monthly on 300 pages. The editorial team is led by the Editor-in-Chief Masha Tsukanova and can be contacted on info@vogue.umh.ua. They are on all social media, including Facebook: https://www.facebook.com/VogueUkraine, VKontakte: http://vk.com/public40667299 and Instagram: http://instagram.com/vogue_ukraine. 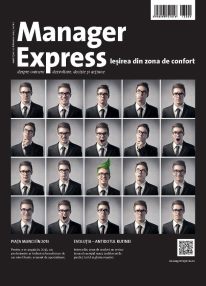 Romanian publisher Medien Holding has launched a monthly Manager Express with 5,000 circulation. It is a re-branded former magazine AIDA and provides business information, analysis and comments on economic developments and targets Romanian entrepreneurial and managerial class.
The Editor-in-Chief Rodica Nicolae and the editorial team can be reached at redactie@managerexpress.ro. 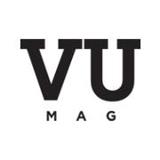 Fashion and fitness magazine in Russia 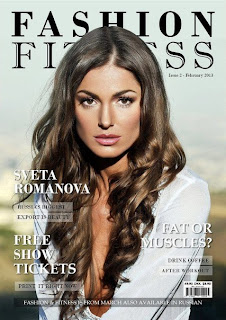 The Fashion & Fitness international magazine on fitness, fashion and beauty is published in Russia now with its March issue in Russian language. Two first issues of the magazine appeared in English language only. From March issue the magazine will come out with two language editions. Katya Zaytseva is a Fashion editor responsible for fashion trends and content in Russian language edition (http://vk.com/id199420134). Peter Hjorth is the editor-in-chief and publisher of the magazine (peterhjorth@1stfashiongroup.com) 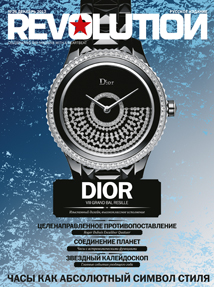 Publisher Burda-Alatau Press launches watches' magazine Revolution in Kazakhstan in March 2013. It will be a bi-monthly publication with 2,000 circulation. The publisher Dana Lee can be reached at d.lee@burda-press.kz. 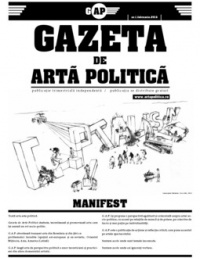 Gazeta de Artă Politică has launched in Romania this month and will come out quarterly. It covers arts and culture and their links to politics and social policy, and the role of artists in contemporary society.

Posted by mediarussia at 14:30 No comments: 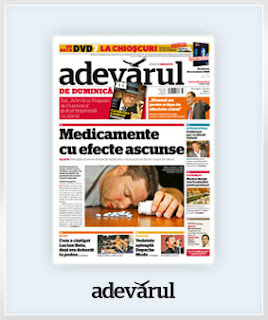 Călin Nicolescu has been appointed a new deputy editor-in-chief at Romanian daily Adevărul newspaper. His appointment comes 2 weeks after Dan Marinescu took over as editor-in-chief at the title. At the same time Simona Catrina has become deputy editor-in-chief responsible for lifestyle and celebrities sections,
Liviu Avram covers investigations and politics, Andrei Velea technology, economics and foreign affairs, and Alin Paicu journalism and sports. The editorial team can be contacted on contact@adevarul.ro. 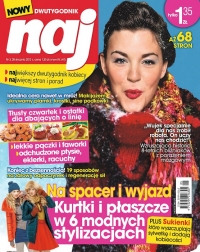 Małgorzata Kaferska-Łysek, previous deputy editor at the title (malgorzata.kaferska@bauer.pl), has been promoted to the position of the editor of Polish women's bi-weekly magazine Naj. She has taken over as editor after Joanna Rajpert-Kuźnicka. The magazine is published by Bauer Sp. z o.o. with 230,000 circulation and covers women's interest, lifestyle, celebrities, fashion and beauty, women's health and cooking. 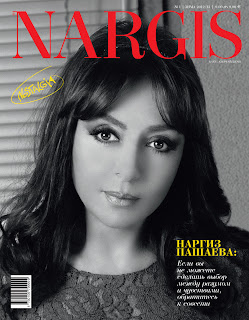 A new lifestyle and fashion magazine Nargis has recently started in Azerbaijan. It covers culture and arts, fashion and beauty, celebrities and health. It is a quarterly magazine written in Russian language, and can be found on Facebook: https://www.facebook.com/nargismagazine. The FPC costs 2,500.00 AZN. The editorial team is led by the editor-in-chief Ulvia Rakhmanova and can be reached at office@nargismagazine.az.

A new professional publication in Latvia 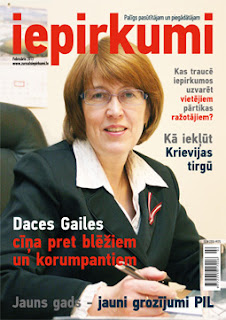 Latvian publisher SIA Libera has launched Iepirkumi magazine covering tendering (public bidding) and business acquisition and purchases. The magazine reports on changes in laws and regulations, procurement processes, and introduces the people dealing with acquisition and purchases: Facebook: https://www.facebook.com/Zurnalsiepirkumi. The editorial team is managed by its editor Gunta Barbāne and can be contacted by email on zurnals@iepirkumi.lv. 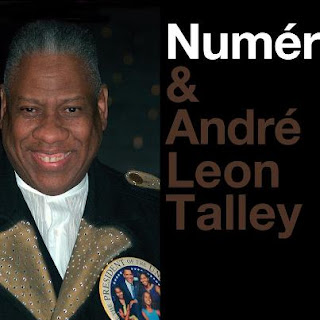 Russian publisher ARTCOM Media Group launches Numéro Russia in March with Andre Leon Talley as its editor-at-large.
Numéro Russia will come out 10 times a year, and 2 times a year, in February and September, will appear the men's edition of the magazine Numéro Homme. The circulation of the magazine is expected to be 150,000 copies and it will be distributed throughout the Russian Federation.


Posted by mediarussia at 14:00 No comments: 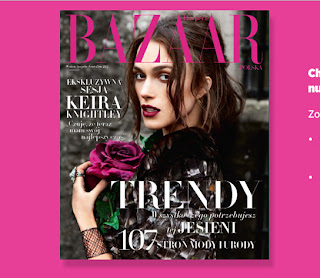 Polish Marquard Publishing launches Harper’s Bazaar Polska with its March issue. The magazine will have 200 pages and will appear monthly. The editorial team is led by Joanna Góra, the editor of Moda & Shopping magazine, who can be reached at joanna.gora@marquard.pl: http://www.harpersbazaar.pl. 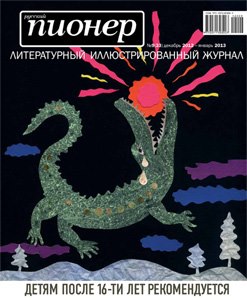 Alexey Bokov has been appointed director general of Russian lifestyle magazine Russky pioner. The magazine covers society, lifestyle and literature. The editorial team can be contacted on ruspioner@ruspioner.ru. 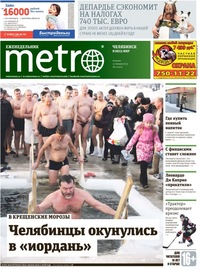 )
Newspaper Metro has come to Chelyabinsk in Russia and appears weekly with 100,000 circulation.
Tatyana Sharutenko has been appointed its director and the editorial team can be reached at info@metro74.ru. The newspaper is available at http://vk.com/metro.chelyabinsk.

Alexey Gazybey (news@kp.ua) has returned to Komsomolskaya Pravda v Ukraine as its editor (https://www.facebook.com/gazubey.kiev). It is a daily newspaper with 132,000 copies circulation: http://vk.com/kpkiev.

Eliza Savasina has joined Russian regional lifestyle magazine Ufa.Sobaka.ru  as its publisher. Eliza has previously worked as a director for a Shopping Guide Ya pokupayu.Ufa: http://vk.com/club10379764. 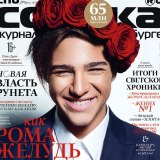 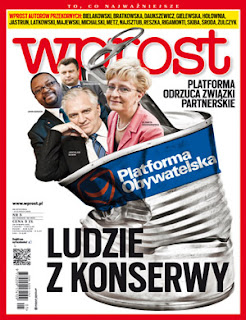 Sylwester Latkowski has been appointed editor-in-chief of Polish political weekly Wprost. He has replaced Michał Kobosko on this position (s.latkowski@wprost.pl).

Posted by mediarussia at 15:11 No comments: