All media changes are reflected in our media directory RussianMediaOnline.com.
Please contact us to subscribe to our services at info@mediarussia.co.uk or contact our publisher David Reade on david@netmedia.bz.
On your request we can also produce topical distribution lists. 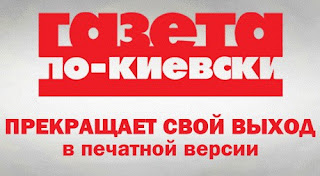 Gazeta po Kievski has ceased its publication after having resumed it for a short period.
It has appeared in Kiev for last 8 years.
Its online edition Mycityua.com is still live and the Project Manager Vyacheslav Manger and the editorial team can be contacted on online@pk.kiev.ua.

Monika Stachura has been appointed for the position of Project Manager and Editor of Zwierciadlo.pl.

She can be reached at m.stachura@zwierciadlo.pl.
Monika has worked at several business and legal magazines and websites, ZarządzanieRyzykiem.pl among them.


Bloomberg Businessweek Polska to be published anew in Poland this autumn 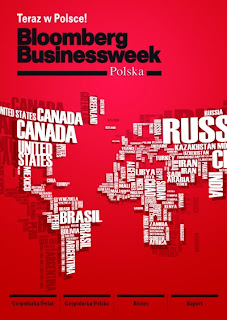 Bloomberg Businessweek Polska will be published by Point Group Business Unit and will appear fortnightly, with 68 pages and expected circulation around 30,000 copies.

Michal Kobosko will be the editor of Bloomberg Businessweek Polska (http://pl-pl.facebook.com/michal.kobosko).

Their PR Manager Anna Pawlowska-Pojawa can be reached for further information at a.pawlowska-pojawa@point-group.pl.


The website covers entertainment and cultural events, including theater, cinema plus restaurants and nightlife in Kiev. It has over 200,000 unique visitors per week.

The Editor Natasha Kalinina and the editorial team can be contacted on info@gloss.ua.
Posted by mediarussia at 16:11 No comments: Links to this post

Motor.ru is a new project of the publishers of Russian newswire Lenta.Ru. It's an online magazine about cars, car tests, roads and car racing.

Its Editor-in-Chief Mikhail Tsymbal and the editorial team can be reached at info@motor.ru. 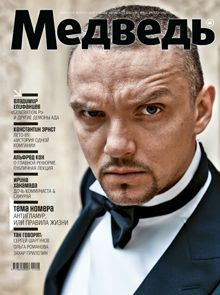 Russian magazine Medved (The Bear) will apparently appear for the last time and will be shut down in July 2011, after 16 years on the market. It was launched in 1995, and published by Forward Media Group with 10 issues per year and 85,000 copies' circulation.
It is not clear if the online edition will stay live. Its Editor Boris Minaev can be contacted so far on b.minaev@forwardmg.ru.

As of July 1 Jadwiga Sztabinska will be the Deputy Editor-in-Chief of Dziennik Gazeta Prawna (Daily Legal Newspaper) published by Infor Biznes.

Sztabinska has worked at legal desk of Rzeczpospolita newspaper for the last two years, where she has written on labor law and social security. Prior to this in 1995-2005, she worked at Infor publishing as the editor of the weekly Prawo Przedsiebiorcy (The Entrepreneurs law) and the deputy editor of Gazeta Prawna.

She will be able to be reached at jadwiga.sztabinska@infor.pl.

The magazine Lichniy schet (Personal account) has become a business publication, leaving the segment of personal finance. It has been published by the publisher Galitskiye kontrakty since 2004. It is a monthly publication with 76,900 copies' circulation.
The Editor-in-Chief Dmitri Gongalsky and the editorial team still can be contacted on moneyonline@ukr.net.

Antonije Kovacevic has left his position of the editor of Alo magazine due to difference in views on its development as of its publisher Ringier Axel Springer d.o.o. Kovacevic has served on this post since 2009.
Acting Editor-in-Chief Dusko Vukajlovic, who was a deputy editor prior to this, and the editorial team can be reached at redakcija@alo.rs.
Posted by mediarussia at 15:07 No comments: Links to this post