All media changes are reflected in our media directory RussianMediaOnline.com.
Please contact us to subscribe at info@mediarussia.co.uk or the publisher David Reade on david@netmedia.bz.

The Editor-in-Chief of Russian Forbes has left his position 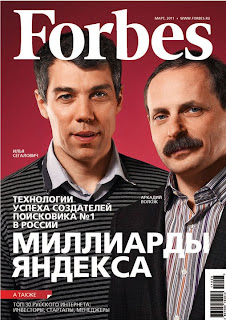 As the Russian publisher Axel Springer Russia has announced today, Forbes Editor-in-Chief Maxim Kashulinsky has left the business magazine after his six years' stint, as of March 14, 2011.

His position is filled in by his Deputy Editor Kirill Gorsky, who is the Acting Editor of the publication. In the past Kirill was a Deputy editor-in-chief of Russian business newspaper Vedomosti.

Kirill Gorsky can be reached at kirill.gorsky@axelspringer.ru
and the editorial team of Forbes Russia can be contacted on info.forbes@axelspringer.ru.

Forbes Russia is to see on Facebook: http://www.facebook.com/forbesrussia.
The publisher's announcement can be found here: http://www.axelspringer.ru/company/news/detail.php?ID=14350.

Maxim Kashulinsky has started as a Director General of Online business daily Slon.ru. He twits at http://twitter.com/kashulinsky.


Cosmopolitan is now in Armenia 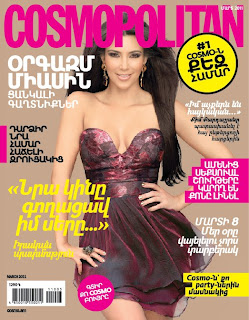 Cosmopolitan Armenia has been launched this month in Yerevan. The local edition will be published in Armenian language with over 30% of their original content. It covers beauty, fashion, relationships and gives experts' advice.

It will appear monthly with 5,000 copies' circulation. It is published by Media Partners CJSC. 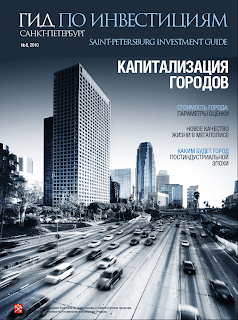 Russian magazine St. Petersburg Investment Guide has been nominated for a prize in the nationwide contest in the category the Best Corporate Media.

It is a quarterly bi-lingual business publication in Russian and English languages, covering investments in St Petersburg, its investment climate, market analysis of its real estate and business developments, its economic, financial and legislative changes. The magazine provides interviews with businessmen and local officials, and gives assessment of the situation on the local investment market.

As we have been told by their Editorial Assistant and Press Officer Svetlana Afonina, the magazine targets strategic investors, businessmen, top executives and managers of government agencies.


Their publisher Saint-Petersburg Agency for Direct Investments is present on Facebook: http://www.facebook.com/pages/Санкт-Петербургское-агентство-прямых-инвестиций/200053986672562?sk=info.

Svetlana Afonina can be reached at pr@spadi.spb.ru. 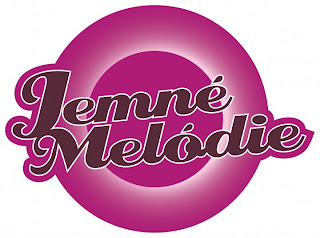 Martin Hauptvogel will be a new Director of commercial Slovak national radio station Jemne melodie. Prior to this he was Sales Director at TV Markiza. Martin has been with TV Markiza since 2006.

Jemne melodie is the entertainment radio station, which boasts to have 325,000 listeners daily.

The prime program of the station is the morning Prijemne rano s Evou with various topics, opinions and insights.
Its editorial team and the presenter Eva Pribylincova can be contacted on rano@jemnemelodie.sk.
Posted by mediarussia at 14:05