A literature web portal in Ukraine with official status

December 2010 saw a new issue of the monthly High Speed, magazine covering motor sports, after being on hold for several months.
The magazine has undergone through editorial and graphic design changes. The new Editor-in-Chief is Igor Kurkowski, who replaced Krzysztof Hipsz in this position. Kurkowski can be reached at: igor@highspeed.com.pl, cell phone +48 602 111 140. Editorial Assistant Agata Pachnowska can be contacted on agata@highspeed.com.pl.
The magazine’s website: http://www.highspeed.com.pl. The motoring magazine is published by Univerpal Racing Sp z o.o with the circulation of 12,000 copies monthly.
Posted by mediarussia at 12:48 No comments: Links to this post

Online Debri-dv.com has been set up as a platform for regional and local newspapers in Russian Far Eastern regions to let them publish their articles, which you can read online or download in pdf.
The editor Konstatin Pronyakin can be reached at editor@debri-dv.com.

SK Group will re-launch publishing its print edition of PC Week/Ukrainian Edition in January 2011. It is a fortnightly publication with 32 pages and 10,000 copies’ circulation. It provides information on advanced IT technologies and solutions, product development trends in the IT industry, events, domestic and global IT market news. Publishing director Natalia Protsenko can be reached at n.protsenko@skukraine.com.

Media Holding Glavred Media has put on hold publishing of its social and political weekly magazine Glavred. It has been a magazine with political and economic articles and entertainment. Its website Glavdred.info is still active and its Online Group Editor Sergey Rudenko can be contacted on rudenko@glavred.info.

Ringier Axel Springer Media AG has bought 70% shares of Slovak web portal Azet.sk. It is an online directory for businesses and companies in Slovakia, additionally providing current news. It was launched in 1998 and has got 1,900,000 unique visitors monthly. Its Economics Editor Peter Bodo can be reached at ekon@firma.azet.sk.

Polish Custom Publishing Media Agency Profil, based in North Poland in Gdansk, has launched a quarterly magazine Aster, intended for clients of a drugstore network Aster. The first issue of the magazine appeared in December 2010.
It provides news on beauty care and cosmetics, tips from beauticians and make-up artists, and covers various cosmetic products. Volume of 36 pages and circulation of 20,000 copies.
Magazine is distributed freely at drugstores of Aster network. Its editor Anna Suszka can be contacted on redakcja@mediaprofil.pl.
Posted by mediarussia at 12:23 No comments: Links to this post

ITC Publishing Company has decided to discontinue publishing its magazine Komputernoye obozreniye (Computer Review) with their December edition to be the last print issue. Its online edition KO.COM.UA will continue to appear, however.
The weekly magazine Computer Review was founded 15 years ago and has been one of the influential IT and computing publications in Ukraine. It covered IT business and events, local and international IT markets.
Its chief editor Michael Laptev still can be reached at mikel@itc.ua. 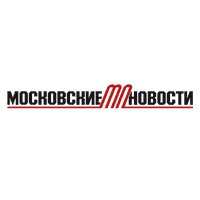 Russian daily newspaper Vremya Novostei was published for the last time on December 16, after 10 years appearing on Russian market with nearly 50,000 copies’ circulation. Its former Editor-in-Chief Vladimir Gurevich,Twitter: @gur_mn, will start a new Moscow newspaper called Moskovskiye Novosti. Its launch is planned for February 1, 2011. Their website will be http://mn.ru. Currently you can read articles of their editorial team on Facebook at http://www.facebook.com/newMN.

A new glossy dental magazine called 32 – zdoroviy glyanets was launched in Kiev on December 16. The magazine is planned to be distributed in all big cities of Ukraine. It’s a bi-monthly publication with a circulation of 5,000 copies and with over 100 pages volume. Its publishing director is Pavel Lemenev and Editor-in-Chief Igor Onischenko. Their website will be active soon at http://www.tridva.com.ua.

Evgeniy Borisov has been appointed a new director for Internet projects of the publishing house Provintsiya (Province). He can be reached at borisov@province.ru. He plans to create a multimedia platform for their weekly regional publications with 400,000 unique visitors daily. http://www.province.ru.
Provintsiya publishes regional newspapers in 27 Russian cities, including Nizhniy Novgorod, Rostov-na-Donu, Samara, Khabarovsk, etc. Their total circulation is around 750,000 copies weekly.
Posted by mediarussia at 12:57 No comments: Links to this post

The first issue of a new Existence was published on December 10 by a new publisher Bruno Company, which acquired the title from Ginza Media Group. The lifestyle magazine has been refreshed in content and layout, and the editorial team. It covers style, arts, fashion, films and music. It is published monthly with 140 pages and the circulation of 30,000 copies. The new Editor-in-Chief Tomasz Kin can be reached at tomasz.kin@existencemag.pl.

Jerzy B. Wojcik will replace Piotr Pacewicz as a Deputy Editor of Gazeta Wyborcza as of 1 January 2011.
Currently Wojcik covers domestic affairs and can be reached at witamywpolsce@gazeta.pl.
Wojcik has been with GW since 1993, initially working at its local editions in Zielona Gora and Gorzow. Then he became the deputy editor of the metropolitan Gazeta Stoleczna, the founder and chief editor of the Metro newspaper and the chief editor of the Nowy den, the daily newspaper published by the Agora in 2005/06.
Piotr Pacewicz has been on the position of the deputy editor of GW for the last 15 years. He can be contacted on piotr.pacewicz@agora.pl. He will remain with the newspaper but as a journalist, and will be writing at its supplement called Gazeta Swiateczna (swiateczna@agora.pl).
Gazeta Wyborcza is a daily national newspaper covering politics, economics, current general news, sports and lifestyle. Its circulation as of April 2010 was 352,782 copies.
Posted by mediarussia at 12:00 No comments: Links to this post 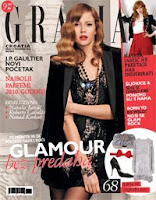 Grazia, the Croatian edition of the Italian fashion magazine, has been re-launched in Zagreb on December 10.
It is published by Mediatop publishing house, the part of Serbian Color Press Group.
The magazine will appear monthly and will cost 9.90 HRK.

Alexander Malutin, the Editor-in-Chief of a business website Marker.ru, has been appointed for the position of a Deputy Editor at Forbes Russia. His Facebook page: http://ru-ru.facebook.com/people/Alexander-Malutin/1334914632.
He will commence his duties at Forbes in January 2011.
Alexander has left Marker.ru today, December 9, as he informs about it on his blog at 19.14 local time: http://abvgd.livejournal.com.
Posted by mediarussia at 13:12 No comments: Links to this post

As of December 1, Anastasia Shlykova heads the department of women's periodicals and TV guides at Edipresse Ukraine.
Anastasia is expected to maintain and consolidate the position of Ukrainian women's magazines on the market.
Prior to that Anastasia worked as a manager for business strategy at Sanofi-Aventis Ukraine and was a manager for marketing communications at Samsung Electronics Ukraine.
Anastasia Shlykova can be reached at anastasia.shlykova@edipresse.com.ua. 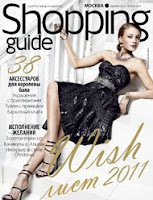 On December 1, 2010, Svetlana Lanyugova, the director of the magazine Shopping Guide of the Moscow group of glossy magazines of publishing house ABAK Press, left the publication. She was at this position since June 2009. The reason for her leaving is announced as due to family circumstances. Raisa Sanacheva will be the Acting Director of Shopping Guide in Moscow. The Editor-in-Chief of the magazine is still Ekaterina Odintsova with her email: odintsova@moscow.apress.ru.


Russian Vogue is getting popular 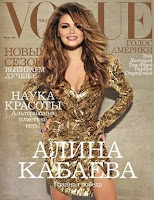 The readership of Moscow edition of Vogue magazine has increased up to 230,400 people, whereas St. Petersburg's edition shows figures around 71,300.
Total readership is up to around 15%, compared to March/July 2010 period.

Alexey Yablokov, Chief Editor of the culture and lifestyle magazine Smena, left his position on December 1. The replacement for him has not been announced yet.
Twitter handle: http://twitter.com/smenaonline. Facebook: http://www.facebook.com/smena.online. Editorial team can be reached at jurnal@smena-online.ru.
Posted by mediarussia at 14:10 No comments: Links to this post