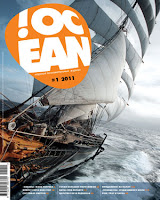 A new quarterly magazine !OCEAN will start in Moscow in Russia, in February 2011. The magazine will cover deep water diving, water travel, ocean exploration and water adventures. It will appear quarterly with 5,000 - 10,000 circulation. Editor-in-Chief Sergei Balakin can be reached at morkol@yandex.ru. The website: www.ocean-magazin.ru. The magazine is published by BGB publishing house. Full Page colour is expected to cost 99000.00 RUR.


Ukrainian fashion magazine has changed the publisher and frequency

Ukrainian fashion magazine Sezoni Modi will appear monthly now, instead of being published bi-monthly in the past. The magazine was published by Ukrainian Fashion Week previously. The Editor-in-Chief Anna Radchenko has not confirmed the name of a new publisher yet. 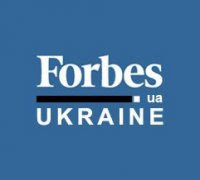 Yuri Aksenov will be a Deputy Editor at Ukrainian Forbes, covering business and industry. Prior to that Aksenov was the editor at Delovaya stolitsa. His twitter handle is http://twitter.com/aksyonov. He writes his blog at: http://prweb.com.ua/my/aksyonov.

Polish magazine Szugafrik, for people suffering from diabetes, has launched in Warsaw.
It is a monthly magazine with 20,000 copies circulation, to be gradually increased up to 35,000 copies. The Editor-in-Chief Anna Michnikowska and the editorial team can be reached at szugarfrik@szugarfrik.pl.
The website will be available soon at:http://www.szugarfrik.pl. FPC costs 8600.00 PLN.

Zbigniew Biskupski, Editor-in-Chief of Polish Informator Prawno-Podatkowy, has announced leaving his position. Informator Prawno-Podatkowy is a professional magazine covering taxes and legal aspects of financial activities. The editorial team with a new Editor Marzena Nikiel can be contacted on redakcja@ipp24.pl. Website: http://www.ipp24.pl. The fortnightly publication is distributed with 74,000 copies' circulation.

Lubomira Chmelova has been appointed a new Deputy Editor at Slovak Hospodárske noviny. She will commence her duties in February 2011. Lubomira Chmelova has been in media business since 2003. Lubomira started at the SITA news agency, later on moved to television TA3, focusing on economic news. In Hospodárske noviny newspaper she started in May 2008 as an editor of the economics department. She can be reached at lubomira.chmelova@ecopress.sk, +421 2 48 23 83 04. In her new position Chmelova has replaced Lukas Pardubsky.

Regional TV guide is a leader of sales in Yekaterinburg region

Regional weekly magazine from Yekaterinburg Antenna - Telesem has reached its best readership figures of 223,700 at the end of 2010. The magazine includes a weekly TV guide, entertainment and lifestyle features.
Web page: http://www.antenna-telesem.ru/cities/ekaterinburg.html. 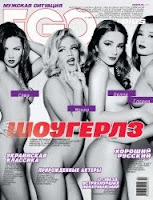 Another Ukrainian newspaper has been shut down

Ukrainian regional weekly Salon (Salon Dona i Basa) from Donetsk city has been shut down by its publisher Segodnya Multimedia due to its financial issues. Salon has been published since 1992. Its last issue appeared on 21 January 2011. The website http://www.salon.donetsk.ua stopped being updated as well.


A new launch in Russia

Russian publisher Smart Readers has launched a Russian edition of Canadian men's magazine Sharp. It is expected to be published monthly on 166 pages with 90,000 copies circulation. The Publisher is Viktoria Solodkaya, who is also the Editor of the parenting magazine Young family, and she can be contacted on vs@smrd.ru. The Editor-in-Chief is Maria Rakhmanina and she can be reached at mr@smrd.ru. Video International Press takes care of advertising, whereas full page color costs 400,000 RUB. Advertising Project Manager Olga Anzhenko can be contacted on anzhenko@pressvi.ru.

Russian publishing house Mediacrat has started a website on watches and art of watch making, called Watch Russia ( http://www.watchrussia.com).
Its Chief Editor Konstantin Startsev can be reached at watch@mediacrat.ru.

More Polish magazines on the market

Polish publisher EduPress has put on the market its 2 new bi-monthly magazines.
Animator kultury provides coverage of cultural events and trends, news from the world of arts, music, literature, interviews with artists.

The magazine targets animators and culture managers. It appears with 44 pages and with expected circulation of 2,000 copies.
Its Editor-in-Chief Wieslaw Chelminiak can be contacted at animator@raabe.com.pl.

The magazine Emocje is a bi-monthly publication for teachers, educators, psychologists and specialists at all levels of education, as well as parents. It is dedicated to educational problems of children and youth, issues of psychological and social nature, health and therapy related to the development of young people.

The magazine is published on 44 pages with 2,000 copies' circulation.
Its Editorial Director Jozef Szewczyk can be contacted on j.szewczyk@raabe.com.pl.
Posted by mediarussia at 10:59 No comments: 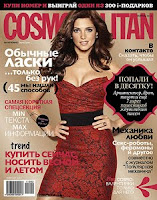 As of January 2011, Alexandra Badanina has been appointed a new Editor-in-Chief of this fashion magazine. Her contact email address is a.badanina@imedia.ru. Alexandra Badanina graduated from the Faculty of Journalism at Moscow State University. She started her career in Cosmopolitan as a freelance writer in 2006, then she has worked in the magazine on one of the editorial positions.

Svetlana Melnikova has become a new Marketing Director and can be reached at s.melnikova@imedia.ru.
Ekaterina Kabakchi, a member of the Board of Directors of Sanoma Independent Media and CEO of the Fashion Press, has resigned from her position as a publisher and will continue to work in Cosmopolitan as Operations Director.

Cosmopolitan Russia has been published monthly since 1994 and its current circulation is around 865,000 copies.

As announced on January 18, 2011, the Ukrainian political newspaper Leviy Bereg has been shut down. It has been published since 2008, with the circulation of 135,000 copies.
Editorial staff of the print edition of the newspaper will continue working at Lb.ua, the online project of the Gorshenin Institute.
Press release of the publisher can be read here: http://www.kipu.org.ua/Komment/2011.01/k_18_01_I.html

Improvements in the regional press in Poland 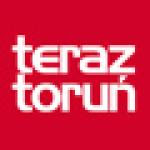 Polish free weekly newspaper Teraz Torun, published by Media Regionalne, has appeared with a new layout and graphic design. It covers regional issues and entertainment. Its current circulation has not changed and is around 34,000 copies. It was launched in 2006 and comes out on Thursdays. Teraz Torun can be found on their website: http://www.teraztorun.pl. The Deputy Editor Kamil Sakalus and his editorial team can be reached at redakcja@teraztorun.pl.

Closure of a regional evening newspaper in Russia

Russian evening newspaper Vecherny Krasnoyarsk has been shut down due to its financial situation, as it was announced by its editor Ekaterina Usma. Until now she could be contacted at usma@vecherka.ru.
The last issue of the newspaper was published at the end of December 2010. All print editions of the newspaper were available on their website: http://www.vecherka.ru. Usma thinks its publication may be renewed, if financial situation improves in the future. However, there are doubts that this will happen soon.

A new presenter of a Polish TV cultural programme

A music journalist Artur Orzech will be a new presenter of Kulturalni.PL programme, which is broadcast on TVP Polonia. It is the TV programme about cultural events, theater performances and concerts, arts and social life in Poland. Artur also runs his programme every Saturday evening on radio station Radio Dla Ciebie and can be reached at artur.orzech@rdc.pl.
Posted by mediarussia at 09:00 No comments:

Russian publisher ABAK-Press has launched another city’s edition of ‘Shopping Guide Ya pokupayu’ in Izhevsk. 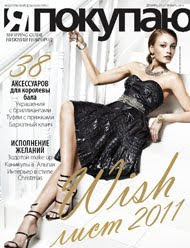 The pilot issue of the journal Shopping Guide Ya pokupayu Izhevsk was released in December 2010 with 999 copies. Starting in February 2011 it will be published monthly with the circulation of 3,000 copies, and distributed in boutiques, shopping malls, accessories stores, jewelry stores, fitness centers, beauty salons, interior design and furniture showrooms, restaurants, cafes and entertainment centers of the city.
The magazine covers latest shopping trends and best deals in the city, updates on fashion, beauty, design and home improvement, entertainment and technology, interviews with celebrities and experts, reports from exhibitions and events. Editorial director of the publication Olga Berezun can be reached at berov45@live.ru.
Regional editions of Shopping Guide Ya pokupayu are published by ABAK-Press in 19 cities in Russia with total circulation of 269,000 copies.

A daily newspaper Novy Gorod (New Town) has seen editorial changes, with a former Editor-in-Chief Taras Samborski becoming a publisher of the whole group of publications SIA Press, and being replaced by a journalist, one of the first editors of the newspaper, Oleg Vladimirov. Novy Gorod is a daily local newspaper covering local politics and social issues, culture and society. It is published in Surgut 5 times a week with the circulation of 14,000 copies.
Oleg Vladimirov can be contacted on vladimirov@novygorod.ru. 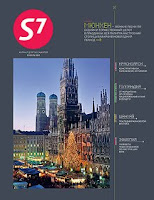 Sanoma Custom Publishing has launched S7, an airlines in-flight magazine, as of January 2011. Its Marketing director Olga Kumahova can be reached at o.kumahova@imedia.ru.
It is a monthly on-board magazine for Siberian airlines company Sibir S7.

Russian Fifth channel (5 Kanal) from St. Petersburg has not extended the contract with the well-known television presenter Svetlana Sorokina.. According to her, the fate of her project Program Guide is not known, as of her most recent post on her blog on January 14: http://sv-sorokina.livejournal.com. She still can be contacted through her blog at: sv_sorokina@livejournal.com.

Marcin Biegluk, the Publishing Director of Fakt (Ringier Axel Springer Poland), has also taken over the supervision of the sports dailies Przeglad Sportowy (Sports Review) and Sport. He can be contacted on Marcin.biegluk@axelspringer.pl. Biegluk has been working at Ringier Axel Springer Poland since 2002, and has been the Publishing Director of Fakt since 2007.
Posted by mediarussia at 11:08 No comments:

Grzegorz Poplawski has been appointed a new Editor-in-Chief of the Dziennik Baltycki (Baltic daily) published by Polskapresse. He started on his new position on January 1, 2011. He has replaced Maciej Wosko on this position, who has left the publishing house.

Grzegorz Poplawski has been at Dziennik Baltycki since 1998, at first as a journalist in its branches in Elblag and Kwidzyn. In 2000 he became a chief editor of the weekly Bytow edition of the newspaper and for the last two years he has worked as a Deputy Editorial Assistant in Gdansk.
He can be reached at g.poplawski@prasa.gda.pl.

Joanna Bazynska is a new publisher of the free newspaper Metro, published by Agora S.A.
Joanna has been with Agora SA since 1995. Initially she was a deputy director of the executive board, then the director of Agora Investor Relations and the director of the Department of Communications. She can be reached at Joanna.bazynska@agora.pl.


Editorial changes at the Polish marketing and sales magazine

Olga Kozierowska has been appointed a new Editor-in-Chief of the Polish magazine Brief, which is published by AdPress Wydawnictwo Reklamowe Sp. z o.o. She has replaced Grzegorz Kiszluk on this position, who founded and has edited it for the last 10 years. Kiszluk however will remain at the publishing house as a director. He still can be reached at gk@brief.pl. Olga Kozierowska has got work experience on manager positions, working within DPD Poland, Unilever Poland, Videowall, Welbilt UK and Dutch Airlines KLM. She has been editing her web portal for women in business: Sukces Pisany Szminka at http://sukcespisanyszminka.pl - (olga.kozierowska@sukcespisanyszminka.pl). Her new Brief’s email address will be olga.kozierowska@brief.pl. Brief is a monthly magazine with the circulation of 8,000 copies, and covers marketing, sales and advertising business.


A new wedding magazine in Serbia

Color Press Group has launched a new wedding magazine Savrseno vencanje (Perfect Wedding). The magazine covers wedding dresses and suits, jewelry and accessories, cosmetics, bouquets and table decoration, restaurants and honeymoons. It will be published quarterly with the circulation of 30,000 copies. Its Editor-in-Chief Ivana Stanisic can be contacted on ivana.stanisic@color.rs.
Posted by mediarussia at 15:01 No comments: